Messaging apps are growing fast as the new game platforms. Many people (especially young people) want not only to chat with their friends, but they also want to access more content – including games – through their favorite messengers. With growing support for HTML5 and related web technologies, it’s becoming increasingly simpler to meet the demands of youngsters for us, game developers.

But what are the main messaging apps where you can distribute your games? Have a look at several popular messengers. 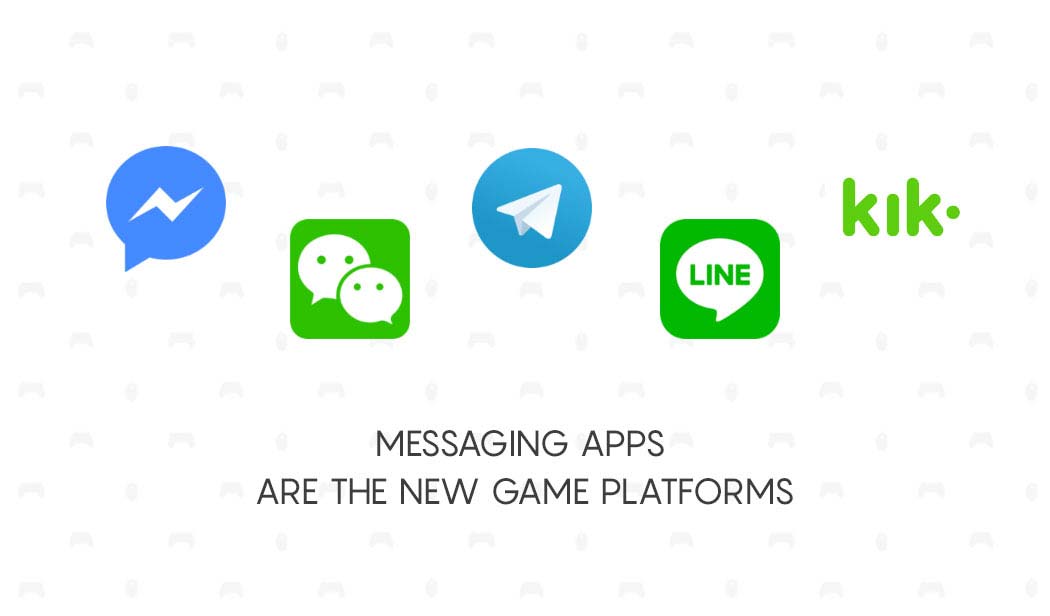 Facebook’s Instant Games is arguably one the best new platforms to distribute your HTML5 games. We can name at least two reasons why you should pay attention to Instant Games.

First, because Instant Games is a relatively young platform, so it doesn’t have many games yet, which is why it’s easier to compete on this platform.

Second, Facebook’s Messenger is used each day by more than a billion users. You can reach a large audience, if not the largest audience as compared to other messaging apps. Users can play either in Messenger or in News Feed.

WeChat was conceived as a competitor to WhatsApp, but now WeChat isn’t only a social network: users can order food, book a taxi, buy things online, and, more importantly, play video games.

WeChat provides the built-in app store where gamers can download games and play from within WeChat. Naturally, various social functionalities are available through the games. For example, gamers can share their success, view their ranking among the friends who also played the game, or try the games that are popular among their friends.

Most WeChat users come from China, and on average over a billion users are chatting in this messenger during a month. Given that China is such a huge market, WeChat can be a good choice for distributing a game.

Line is another free messaging app where gamers can find entertainment. There are more than 200 million monthly users in Line, and almost all of them are from Asia, in particular, from Japan. If you consider distributing your games on the Asian market, Line can be a good choice.

Telegram is a popular messenger with 200 million monthly users. And Telegram offers a great way for you to connect to your users through its bot-powered Gaming Platform.

If your company helps its users by providing an own chatbot, this chatbot can also invite users to play various HTML5 games on their own or in groups directly in chat. The gamers can also share engaging games with their friends and challenge them from Telegram chats.

Using chatbots to promote your games is a great way to reach your audience in Telegram.

Kik is trailing behind the messaging apps that we mentioned in terms of the number of monthly users. But Kik Messenger is very popular among U.S. teenagers as over 300 million people are using the messenger overall. And similarly to Telegram, Kik users are using chatbots to play games directly in chats.

Messaging apps aren’t used just for chatting anymore, and our task is to provide great games through these new game platforms.